Is Your Résumé on the Offense or Defense? 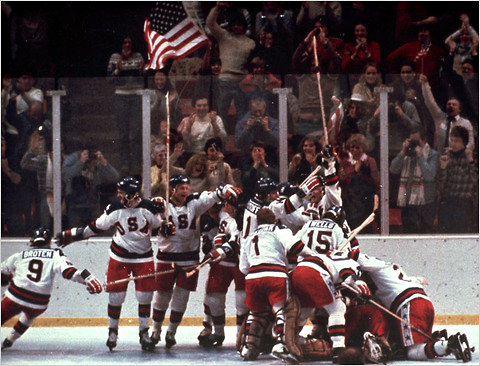 Your career is your perpetual playoff season and your peers, love them or hate them, are your competitors. Ready to play? In the digital world, your résumé is the only chance you get to create that critical first impression. If your résumé is a DIY, you need to ask yourself; Why am I willing to play the game using a résumé that reads like everyone else’s? If you’re not sure why, then by default you’re on the defense, and you’re playing without a coach. With so much at stake, shouldn’t your résumé, your digital handshake, set you above your competition? You know you want that job, that income, that next step on the career ladder. “The key is not the will to win… everybody has that. It is the will to prepare to win that is important.” – Bobby Knight

Résumé on the Defense

A person in sales sends me his DYI resume, a Microsoft Word template. He asks if it needs improvement. Of course it does. It looks and reads like everyone else’s. While this one-pager looked clean, it was doing little to speak for his real capabilities any harder than the next person’s. He’s on Defense. He said he couldn’t afford me. Really? You want to advance, you want more money, you want change and it you’ll let a completely manageable expense stop your game? Probably not the mindset I’d want as my next account manager but good luck just the same. There’s a certain word for when you’re failing yet keep doing what you’ve been doing and expect different results; I’ll just use the word “Defense.”

Marketing manager resumes, most of which look like everyone else’s.

Résumés on the Offense

At a job transition group meeting, a client of mine introduced himself before a large crowd. I was there too, and he testified that his new résumé changed the way he thought about himself. With his new résumé, he saw his professional worth and the amazing things he’d achieved screaming his capability and value and it was a game-changer for his self-confidence. Can’t put a price on that but I did, since I need to make a living, and it has returned royal dividends for him. Armed with the truth of what he has to offer, it gave him the boost he needed to play to win and dare look for work in a field of his choosing rather than settling for a job on the B squad. It wasn’t ego, it was fact.

I had a client this year who felt he was getting anywhere in his job search – because he wasn’t. He wasn’t just losing the game, he wasn’t even on the field. Then he reached out to me. After I wrote his new résumé, Medtronic responded, Boston Scientific responded, BRAAS Company, and Eaton Corporation responded – all companies he’d applied to previously and ignored him. He took to the offense.

After his résumé out performed every other applicant at Delta, he got the job that he and 369 other people badly wanted. Why? Because he interviewed so well. Why did he interview so well? Because we had done a deep dive into his career and illuminated all his accomplishments. In short, he was prepared. He beat 100 other qualified applicants in secondary screening as well as the chosen few in the interview phase. He was told his résumé was the highest rated résumé under Delta’s scoring system. It’s a great story but would’ve been even better had he connected with me before months of anxiety-drenched job searching.

It’s understandable that some things cost a lot; car repairs, vet bills, travel, but we find ways to manage those costs when the need is clear. So, think about a professionally written résumé not as a manageable cost but as a manageable investment. And then think about your next job.